Rocking and Rolling with the Youngsters

Look what I have been doing the last two Tuesday and Thursday afternoons!

First, I have to set the record straight.  I WAS NOT ON SKATES!!!!

I didn't take any pictures the first week because there were too many hands to hold and kids to help back up.  The second graders (Tink's class) shared space with the first graders, and we had ALL levels of experience going 'round the circle.  Kind of like a very crazy roller derby movie! 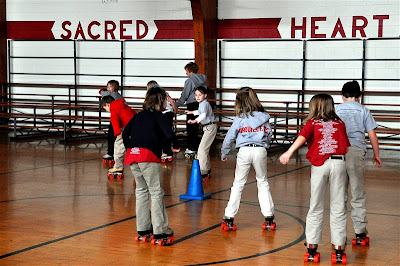 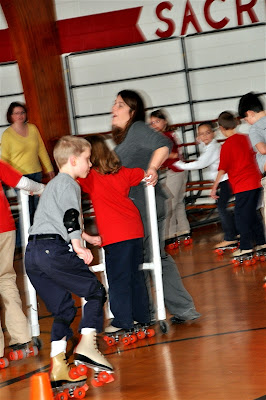 But as they spent more and more time upright, it all became easier.  Tink even gained some confidence and courage by day three! 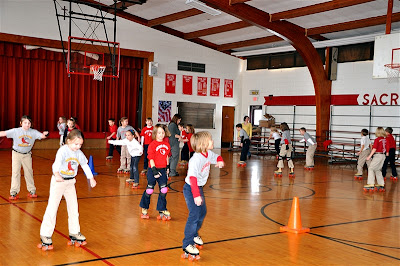 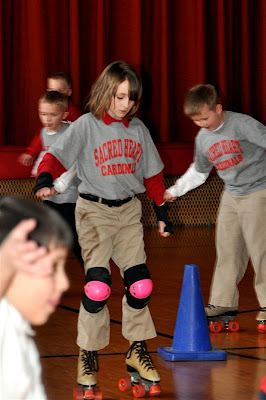 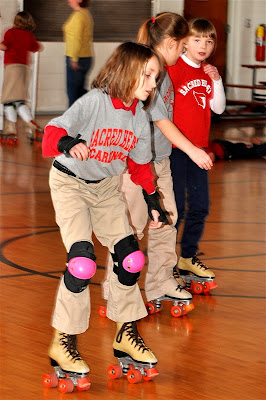 Now the kindergarten class had the gym to themselves, and that was fun.  The first time we had everyone up, they all kind of just stood there; some even rolled backwards!  NO ONE had any experience roller skating, but they had youth and little fear on their side, so soon they were picking up confidence and speed! 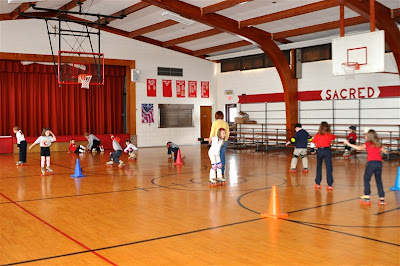 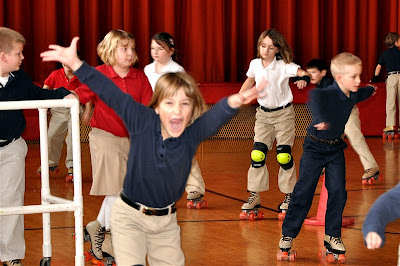 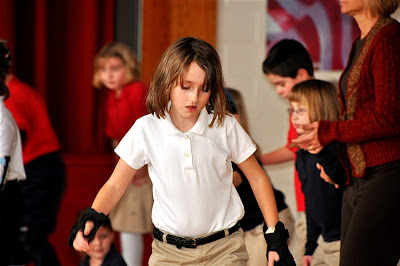 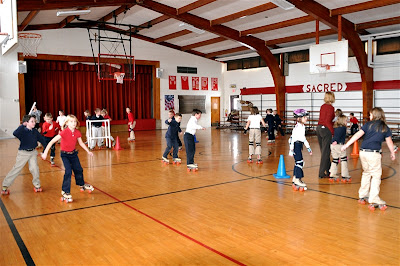 This is the look on Tink's face as she sees then begins to say LIMBO STICKS!  There are no pictures of the kids doing the limbo because I am just not talented enough to manage my camera AND one end of the limbo stick while crazy kids skate right at or near me! 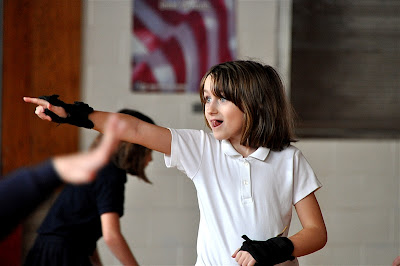 Well DANG!  Look who joined us on the last day.  We really have his attention don't we?  ;-) 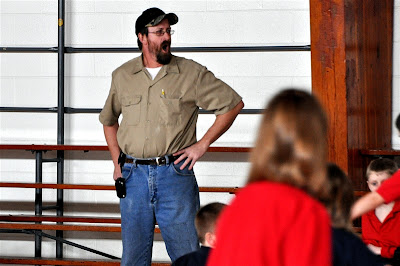 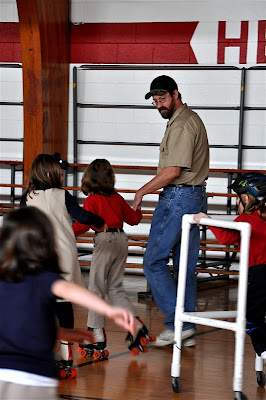 Bear was moving very well by the last day.  I have to tell you, it just about killed me to watch her fall.  There just isn't much for either of our girls to fall on in the way of padding!  I cringed when anyone fell, but it really tugged at my heart when it was one of my own! 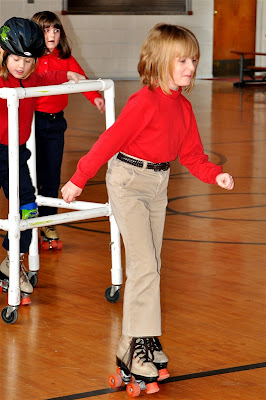 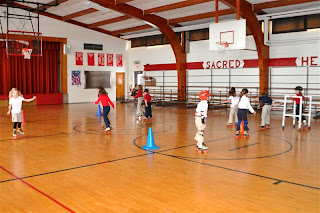 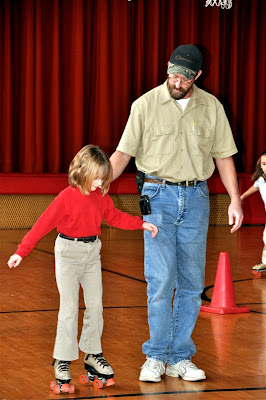 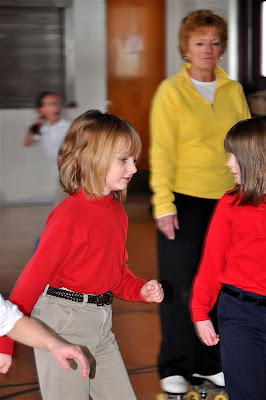 Mrs. E even joined in the fun, much to the delight of Bear and the rest of the class.  We have such multi-talented teachers at our school! 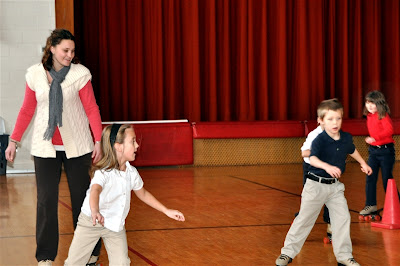 Thanks to Mrs. G for giving the kids an opportunity to learn to skate.  Not many of them get that chance, and they loved every minute, at least every up-right minute!
Posted by Lana's LIfe at 9:30 PM