Yes I survived all the snow, but I can't believe I haven't posted in almost 5 days!  DANG!  Where did that time go?

Meet Maxine and Mabel.  They stuck around for the Big Snow! 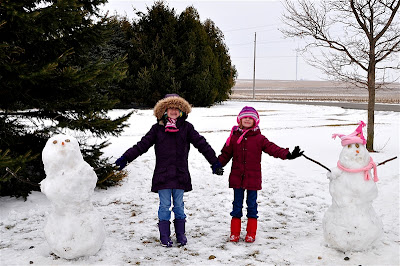 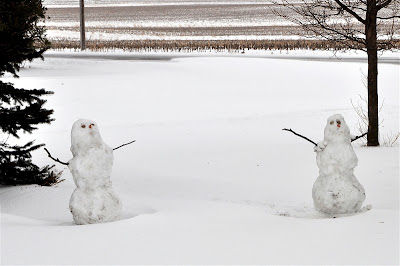 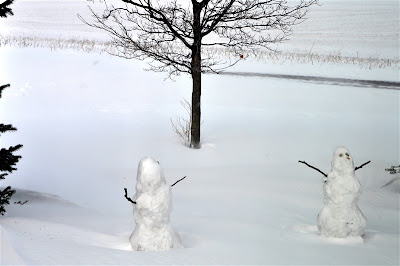 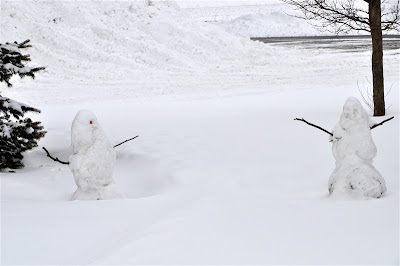 Miss Bear is playing Queen of the Mountain thanks to Tall Guy's efforts to clean out the drive and barn lot. 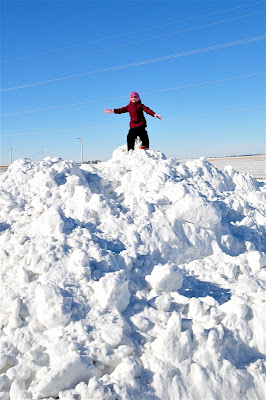 Yeah, I know it's just a sparrow, but at least he/she posed! 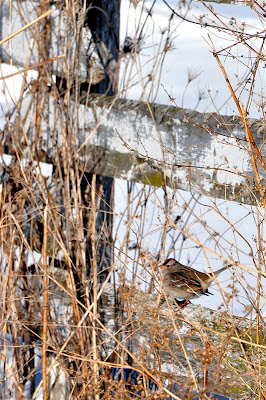 This is a pretty picture, but in the world of farmers, cattle farmers especially, it's important to keep an eye on how high the drifts get near the pasture fences.  It's like Mother Nature's very own Get Out of Jail Free card!  NOT FUN when you have to go chase them back in!!! 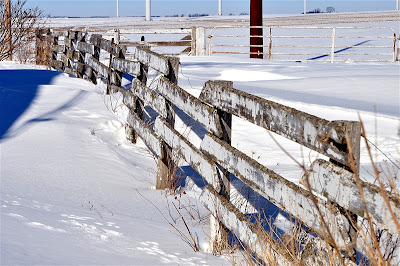 While the Perfect Storm was not so perfect it still dumped enough to mess with us for three days!  This snow has been a TOTAL PAIN to move because it is layered with ice.  We did not have any ice accumulate on wires, but the sleet came down hard with the snow, and that made for a horrible winter version of the Chinese water torture, that plus watching Purdue lose to Wisconsin!  UGH!

It did blow Wednesday, and then everyone spent Thursday digging out.  Schools had a terrible time moving this heavy "stuff" off parking lots.  Tink and Bear went to school on a two-hour delay on Friday, and then cheered at half time of the high school game that night. 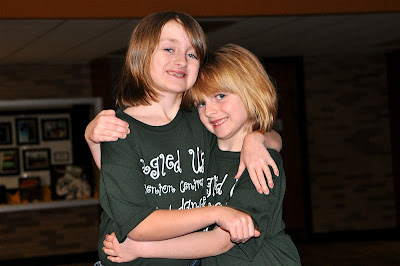 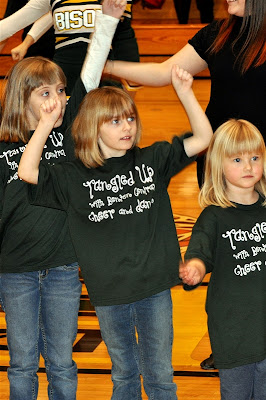 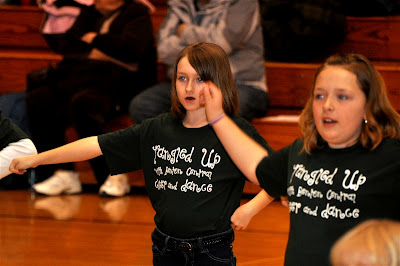 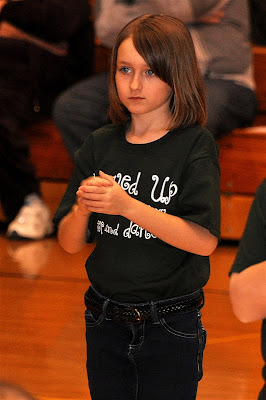 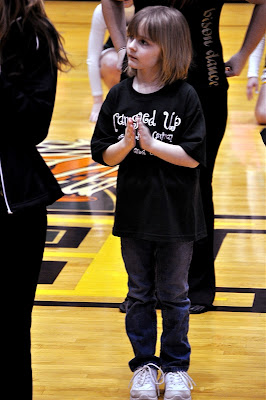 Yesterday, while I freshened up from an early morning Zumba class, Tall Guy took the girls in to school for a 6th grade boys and girls b-ball tournament.  When I came home, it was starting to sleet, and our weatherman said we could get a dusting of snow.  When I peeked out the window after my shower, I couldn't see the neighbors down the road.  SNOW~!  To the tune of about SIX inches!  SERIOUSLY!  DANG!

This was the fluffy stuff, though, so it moved a whole lot easier this time.  Geez-O-Pete!

This past week, I did go on a bit of a reading binge.  Finished Water for Elephants, then read ALL THREE of the Hunger Games books.  Tall Guy just about has the porch all painted.  Don't fret; I helped paint too, but I started last week with a sinus infection.

I am going to get back to reading everyone's blogs and catch up with you all.  Hope you weathered this last week of weather, and here's to Mr. Ground Hog for NOT seeing his shadow!

HUGS to all, and I will be chatting again with you very soon!
Posted by Lana's LIfe at 7:12 PM