I posted on Facebook this afternoon, a bit selfishly, for a prayer from my friends because Tall Guy and I were taking the kids to go ice skating for the first time in their lives.  TG can skate, but after a lot of soul searching, he decided to stay off the ice and be our photographer for the day.  For those of you who do not know, he has had three back surgeries in the past nine or so years.  Here are some shot of me the LAST time I was on ice skates: 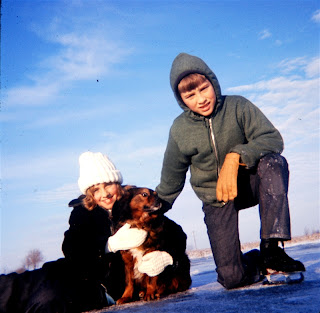 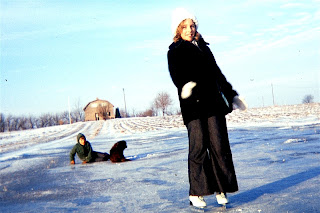 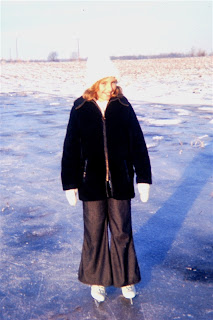 There is a great ice skating rink in West Lafayette, and two of our very good friends met us there to help with the girls.  Thanks Toby and Angie for being there.

Plotting our strategy while  the Zamboni did its thing.  Angie never quite put her skates on, but she did a great job encouraging us and keeping Tall Guy company on the sidelines! 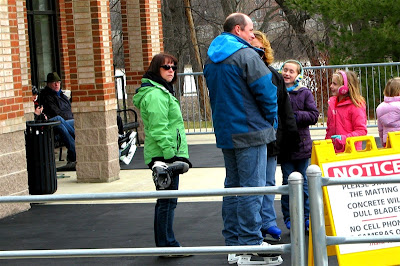 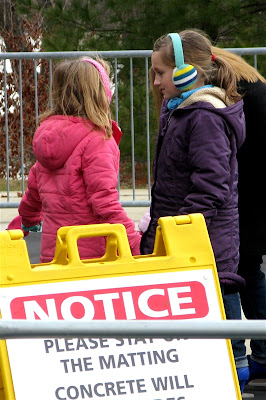 Lordy, Here we go.  Bear is right behind me. NO, that coat is NOT 30-some years old, but I apparently like black coats. 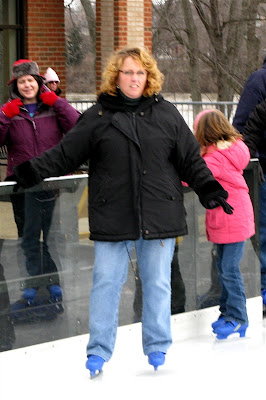 We all kept pretty close to the rail until at least two us felt brave enough to take off.  Guess which two the brave ones were? 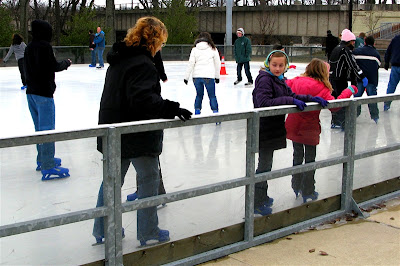 Toby always came by to see how we were doing.  This was one time I told the girls they could not count on me to help keep them up-right. 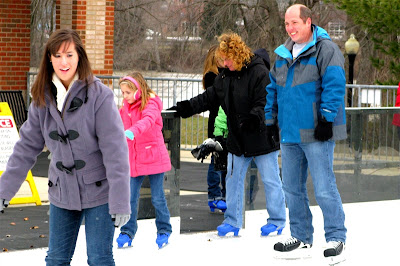 Tink is starting to remember her rollerskating skills.  The litte poop lapped me several times! 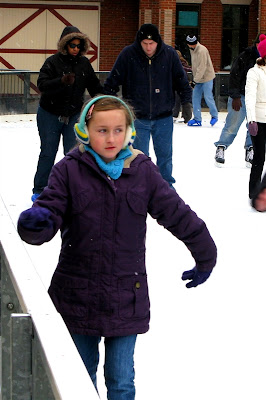 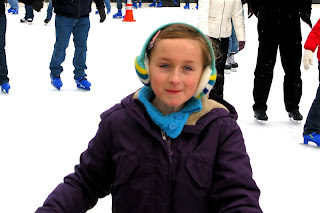 Bear got ahead of me too, and she was good about going away from the  rail for most of the time. 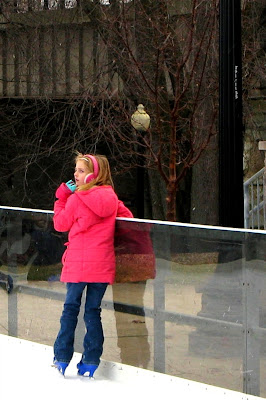 Yeah, I kind of liked the rail. 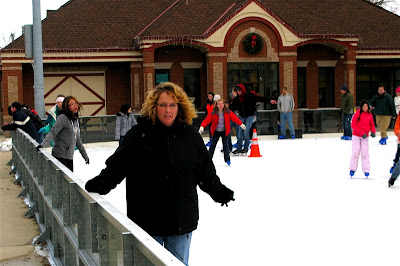 Toby has Bear out, and Tink is zooming on by. 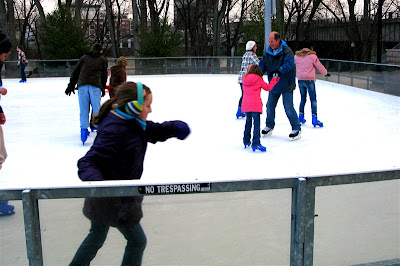 Looks like we have a new pairs dancing couple!  Toby, you ROCK!  Tall Guy is a pretty darned good picture taker too!  It snowed while we were out, and that set a nice atmosphere for the time on the ice. 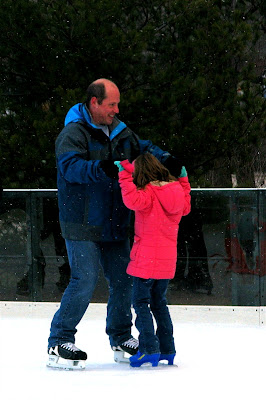 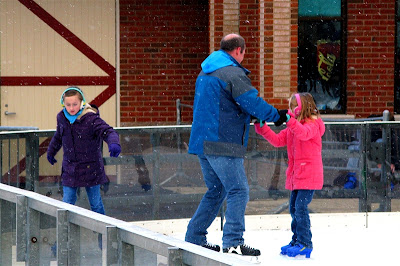 Sigh,.... yes that is snow on my hind parts.  I only fell once though! 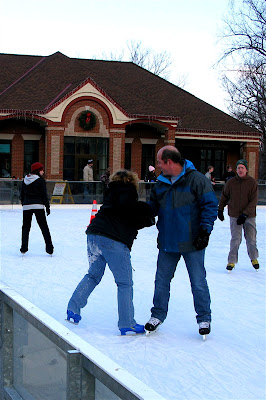 Hey, Toby has two partners to choose from!  Cool! 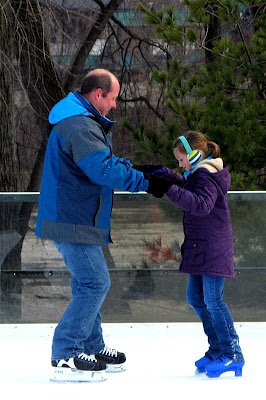 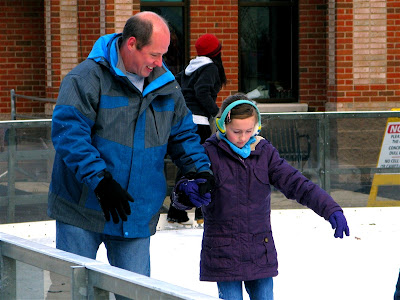 After VERY LONG hour on the ice, we walked/glided over to Panera  Bread for some cocoas and lattes. 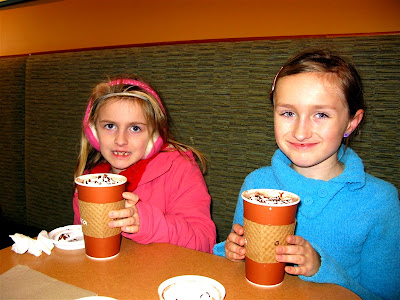 Our great friends Angie and Toby.  I was in their wedding 17 years ago last week.  We had a wild and fun time because it snowed like crazy, and I had snow on parts that usually are not out during the snow season! (We had to go outside the church to walk down the isle!) 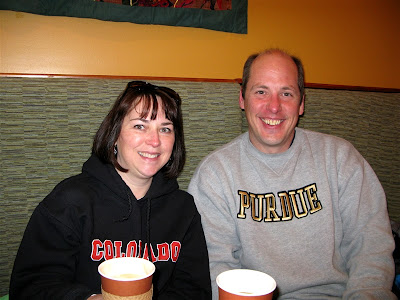 Ok Boiler Alums.  Name this pizza!  We were rather hungry so several pieces were gone as soon as it hit the table, but that's the way it goes at this legendary pizza business on  the West side.  Some of you might even remember when it was on the other side of the road at 26 and Dang.... What's the east/west road at the intersection?  It turns into South River Road after a while.. 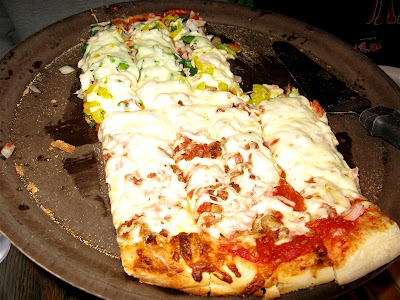 The girls declared this day their most recent "BEST DAY EVER!"  And a good time was definitely had by all.  Hope we all get to do it again very soon!