Not Sure This Momma is Ready for Indiana's Favorite Pastime. 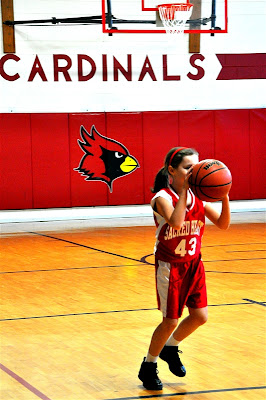 Ok, I have lived, breathed, and watched basketball since the day I was born....well almost.  I was born during baseball season!  Dad coached for years, then I was a fan, then I watched my students play and Purdue play.  I've probably seen more basketball games than two guys my age put together.....

those were BOYS' basketball games, NOT girls; although, I did watch many of my classmates play games and my students too.

Let's just say I haven't watched many little girls play ball, but I think it's in my future. 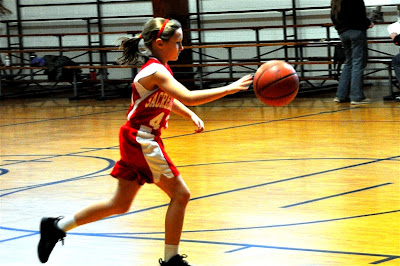 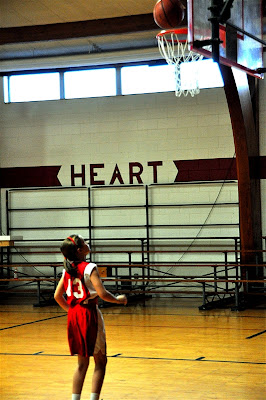 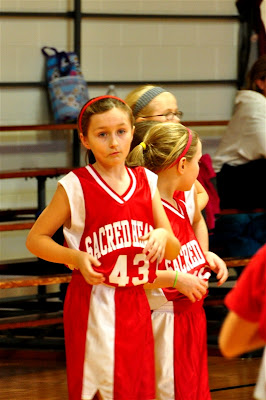 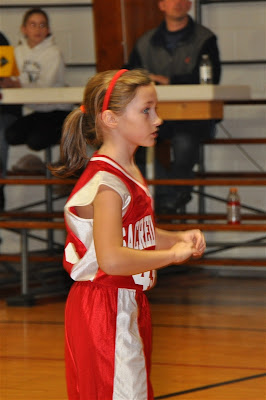 Yep, Tink had her first game last week.  Whew!  I wasn't sure I was going to make it through the four quarters.

She has a blast with her friends. 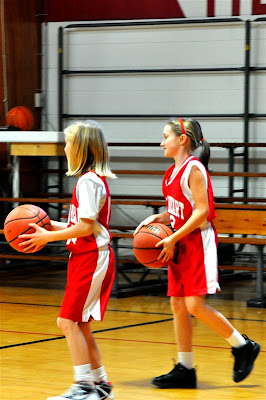 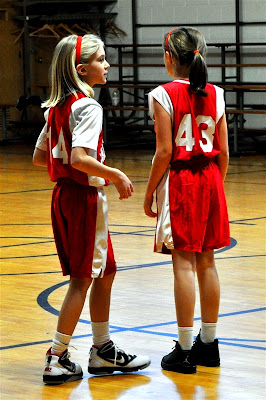 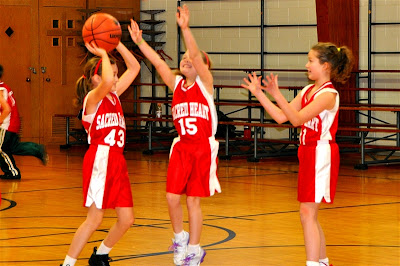 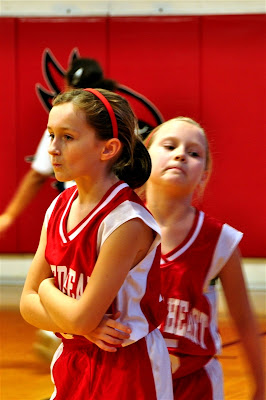 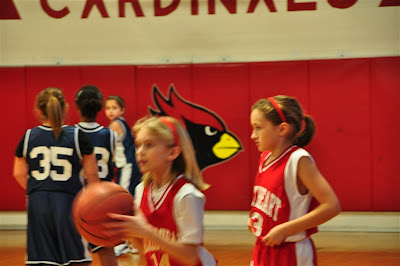 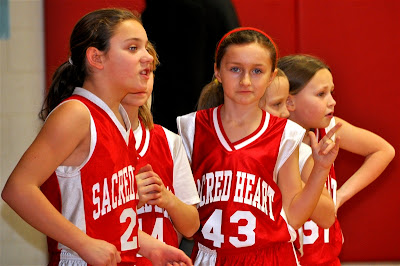 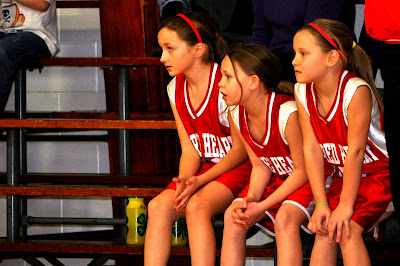 But the team they played had girls who were bigger, older (it was a 4th grade game, and only three of the girls on our team are 4th graders.  The rest are third graders, and that includes Tink).

they were a very physical team!  I don't think I have ever seen such pushing and shoving and bumping!  Tall Guy kept giving me the eye, which meant, "Don't even begin to say what you are thinking!"

DANG!  He's sat by me at too many Purdue games!

Now seriously, I do NOT say mean things.  I try to always be encouraging, but sometimes I do believe I notice infractions that the referees don't catch right away. 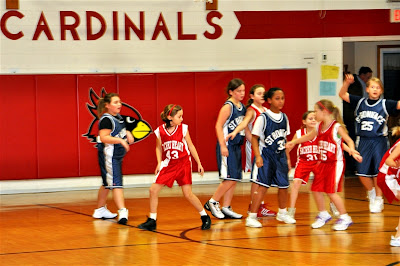 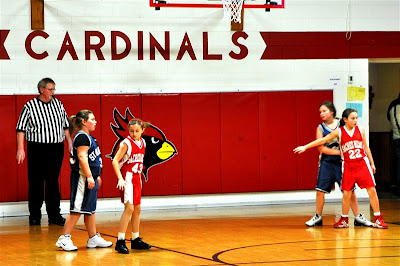 Check out this action on the free throw line! 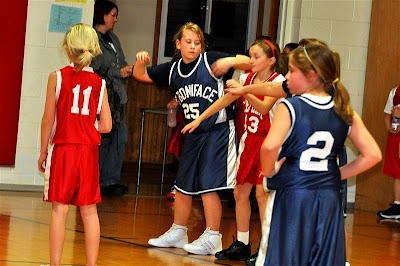 And I may just take Tink out and show her how to discreetly discourage such actions if they happen again.

That, or I will be banished to working the concession stand.

P.S. Any tips out there on taking pictures of players in action?  I can't seem to get very clear pictures with my fancy camera.  Maybe that will take my mind off the smacking and swatting!
Posted by Lana's LIfe at 10:49 PM