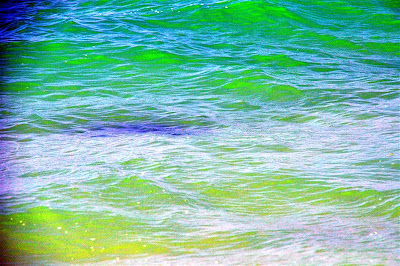 Ah...The Shadow..  "Who knows what evil lurks?  Only The Shadow knows!"

One of my dad's favorite sayings as I grew up.  It's from an old radio show, but it certainly applied to our vacation this spring break.  The girls really took to the ocean, ok Gulf, this year.  I was very proud of Tink for venturing out on her own.  She is starting to show some Big Girl signs of growing up as she approaches the two-digits. 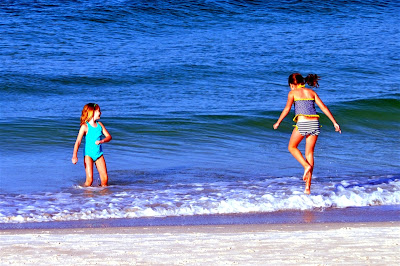 Bear has always been my big fan of waves though.  She will stay out there FOR.EVER. 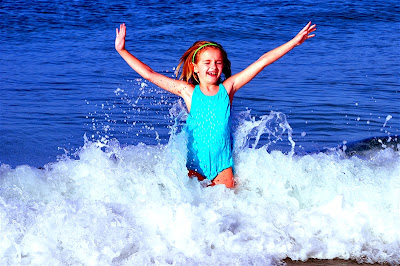 Last year it was jellyfish that chased us out for two or three days.  This year, we were out jumping waves, giggling, and having a good ol' time, when I noticed shadows on, or what I thought was on the water.

I looked back down, of course I do not have my glasses on because I really don't need them don't have prescription sun glasses like some tall person I know who was lounging in the shade.

These "shadows" were of different sizes, but they were moving and very much ALIVE!  My first and best guess is that a bunch of these guys were suddenly swimming with us! 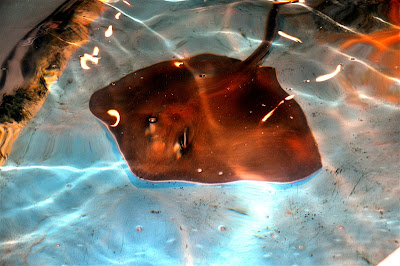 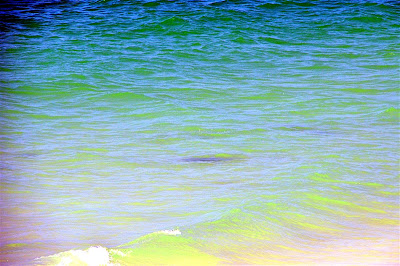 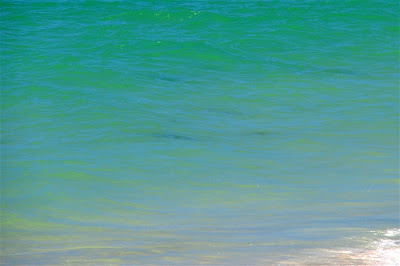 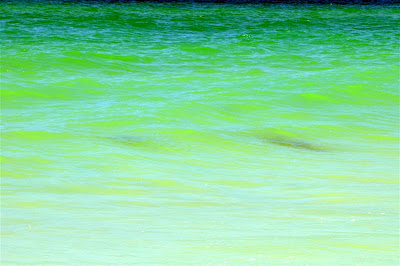 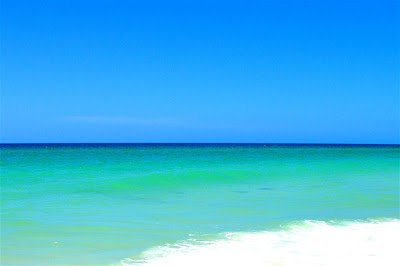 Now I can tell you the difference between an Angus and a Holstein cow, but in the water, this Indiana girl is not so good at figuring out if I have manta rays or sting rays passing by my toes.....

So we moved the party to the pool, and let these guys migrate their way on up the coast. 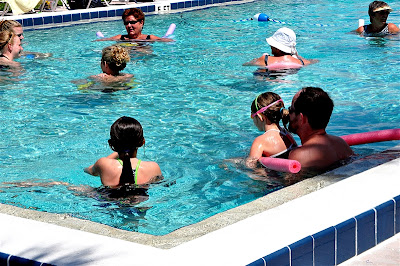 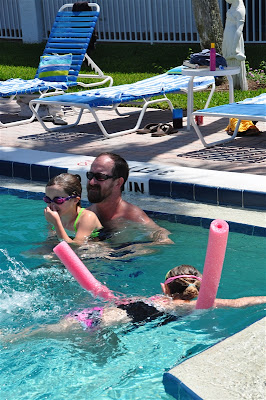 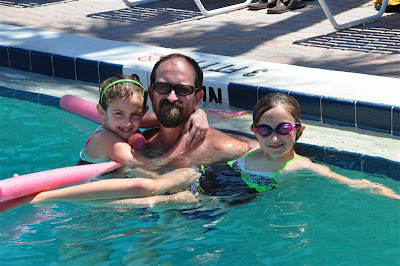 Want to hear a funny story?  I went back out into the water to check if the critters had moved on, and came up on a mass that was about SIX FEET long!  I was kind of excited because there had been manatees spotted just in front of our place, and I have never seen one in the wild.  I sent Bear back up the beach to go get Tall Guy, for moral support, and went out,

Are you done yet?

I went out to investigate.  I followed the mass for about 5-8 minutes, and it always stayed about four feet away from me.  It was right on the break of the wave, about 3 feet deep, so it was hard to get a clear view, so I got a bit closer, and that is when my 6 foot thingy SPLIT into THREE THINGIES!  ACK!  Out of the water I came.