Why I Love to Text! 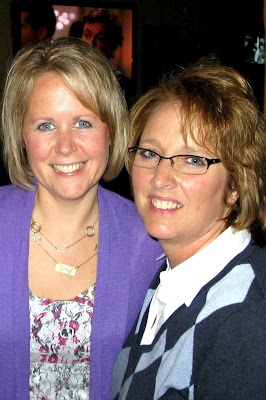 See this Sweetie pie with me?  We have known each other for 21 years!  (we met on her 21st birthday celebration at the Neon Cactus.  You Purdue Alumni will know all about that place!)
Oh the stories we could tell on each other.....but the short of it is.... we found out her uncle and my dad were frat brothers at Ball State.  Go Theta Chi!  Both our dads were teachers and coaches. We are the oldest with one brother. ( I had hers in school as a student!).  We were in each other's weddings.  I had one of her legs when her first born came into the world, and she was right there after Tink made her entrance.  We have shared so much joy and a bit of sadness in these years, but the one of special things we share is our love of sports, especially Black and Gold football and basketball.  Back in the single days, we would be on my couch screaming and yelling and the TV for our dream guy: 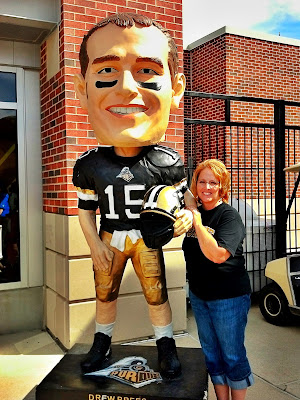 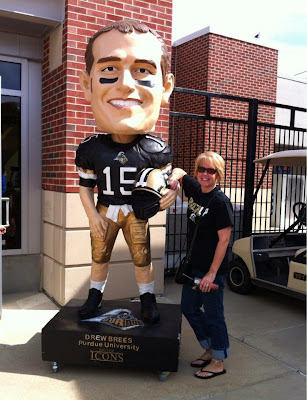 Yep, we LOVE Drew Brees.  Sigh..... yes, our husbands know, and they just have to live with it.
We even got to go to see a game at Ross-Ade Stadium this year.  It was probably the best game the Boilers played up until this past Saturday, and we had so much fun whooping it up and hollering for our guys.  This wonderful man behind us even said it was so much fun to see sisters having so much fun together.  LOVE it when we are mistaken for sisters.  Used to happen all the time. 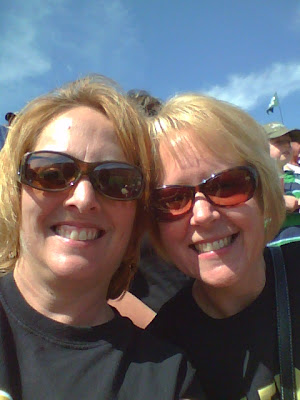 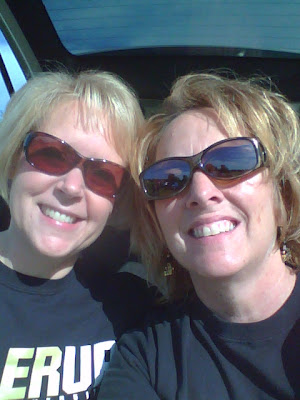 Now, we have to settle for texting most of the time during games because our girls are busy with sports and husbands are busy with work.
I'm not sure how much the humor will translate, but I copied and pasted our conversation from the second half of the game to share with you.  It might just be this special Jen~Lana thing that nobody gets, but I am so thankful for my ability to text and have my buddy to watch the game with, even if she is in Fishers and I am up here in God's country.

Me: Your boy Marve is having a great day today.
Jen:  He is!!!  If only Hope hadn't had something against playing him all season...  He ruined any chance of him going into the NFL.  I SO hope we can pull out a W!
Me:  Nice pass!
Jen:  Woohoo!
Me: Ooo!  They might respot that punt if they look at it any more!
Jen:  I missed the location - for worse or better on the spot?
Me:  I thought the guy who knocked it back so it could be downed in the one was in the endzone or on the line.  It was a good spot 'til the QB ran for about 20z
Me: 20!
Jen:  No one was even paying attention to the QB running!!!!
Me:  Well that had better come back our way.
Jen:  He was down!
Me:  Why is Henry QBing?
Jen:I just said that!!!!
Me:Oops!
Jen:  We are going to lose this, aren't we?  Why do I go into these with such hope?  And no pun intended...  Ha!
Me:  CRAP!  I'm sitting here trying to create a blog about us texting, and I didn't realize Iowa was about to tie up the game.  Double CRAP!  THEY DID!
Jen:  Aaaaahhhhhhhh!  Hey, when you watch these alone, you at least need to have a text buddy, right?!:-)
Me:  Dang straight!  I'm not swearing because it might show up on/in the blog!
Jen:  Ha ha!  Be careful!
Me:  First down but a dang holding call!  :-O
Jen:  Grrrrr.  Stop being stupid! Marve is trying and someone ruins it!
Me:  What a great catch!  Was he really out?
Jen:  Could we be any more dumb?  Yes, he stepped out before the ball was thrown to him and stepped back in to catch it.
Me:  Time for Beave's. "Son of a motherless goat" oath!
Jen:  Exactly!!!!  Our defense can't stop this!!!!!  Why?
Me:  Oh for Pete's sake, GET HIM!!!  I think I can hear you screaming!
Jen:  You probably can!  This is it!  Do I even have to go to the IU game?  I love that someone said let's just fed ex the oaken bucket to Bloomington and get it over with! Lol!!
Me:  IU had their butts handed to them today; maybe it will be the best game of the year.  I think we saw that one!
Jen:  You just never know, right?  Come on Purdue!!!
Me:  Holy Moly are they gonna try a kick?
Jen:  Oh no!
Me:  Oh yes!   Wahoo!
Jen:  I just screamed! Did you hear me?!
Me:  Yep I think our voices blended!   Wish we could have been in the same room, but we might have broken something.
Jen:  That's funny!!!  I love seeing these guys happy!
Me:  Well you can bet that after the Ohio game, I wasn't leaving to feed the calves until the game was over, No offencce :-)
CUT TO OCT 20th TEXTING:
Me: PU 20 OSU 14!  Start of the 4th quarter! OMG!  It hasn't been pretty, but we're ahead.
Jen:  Why??????
Me:  WTH happened?  Headed back in side.  I was having nipple issues with the calves!  OYE!
(*Editor's note:  Nipple issues were with those on the bottles.  Just sayin' for those who were wonderin')
Jen:  Yeah, wide open for a Ohio touchdown then wide open again for the 2 point conversion.  Hope the nipple issue is better :-)
Me:  THEY WERE UP EIGHT WHEN I LEFT!!!!!  GOOD GRIEF
Jen: I know! How do you lose in the last 10 seconds of a game?????
BACK TO LAST WEEK:
Jen:  :-) I knew what you meant!  I wouldn't have left either.  Just think what might have been with Bolden and Marve in the whole season.
So this is how I try to maintain a somewhat steady blood pressure reading.  Texting Jen on game day.
LOVE YOU JEN!
Posted by Lana's LIfe at 11:23 AM