Walking in to October

Well, as I have mentioned and alluded to, Monday was in its rarest true form around here.  I was kind of pouting, my house was in shambles, then I pulled a huge muscle in my leg, and the girls have only seen glimpses of Tall Guy in the daylight hours.

Hmmmmm.....only seeing Daddy during the "dark" hours.  October....hmmmm.....a girl could get a little spooked if she didn't know better.

Want to see something else a bit spooky?  I yick-yacked about this on Facebook a bit because it kind of freaked me out, but......well......if you have seen any part or all of Mr. Hitchcock's. The Birds, you might understand!

Not only have I seen this movie several times, (it's probably the only scary movie I have ever seen in its entirety!), I used to show it to my seniors and have them write a paper over foreshadowing, and it usually fell about this time of year.  One of my former students chimed back at me after my bird post Monday, "That's what you get for making us watch that movie!"


Maybe now you can understand why I get a bit creeped out when the black birds start gathering around here and sitting by the HUNDREDS on the wires between the poles that line the road!  Yeah, I hear that "Doo doo Doo doo" music in my head.


It starts out so innocently, just a few birds on a wire, 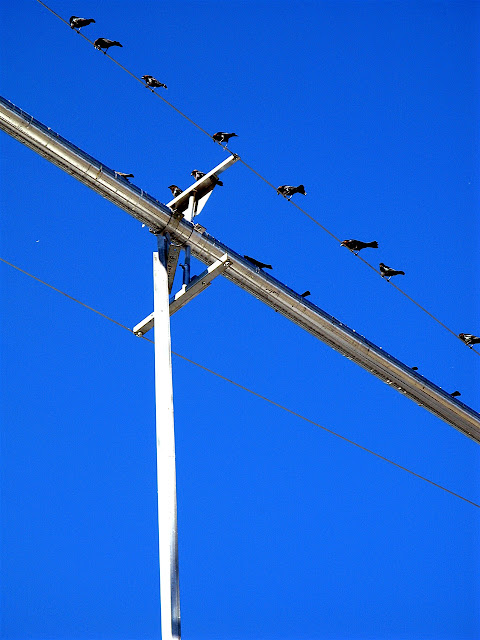 And then you get to looking around because you think you hear birds chirping........ 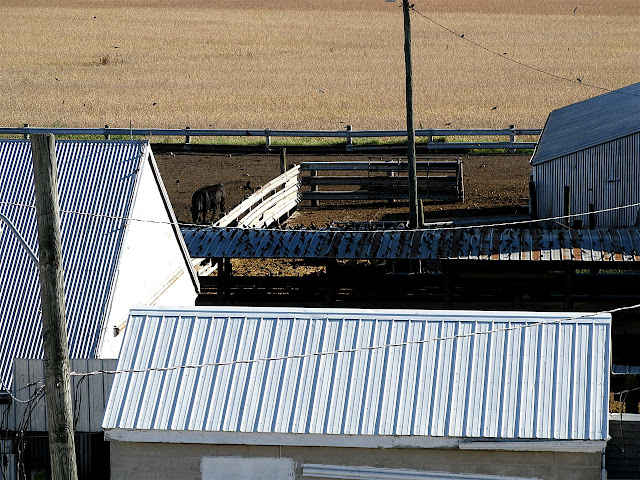 AND THEN YOU LOOK UP! 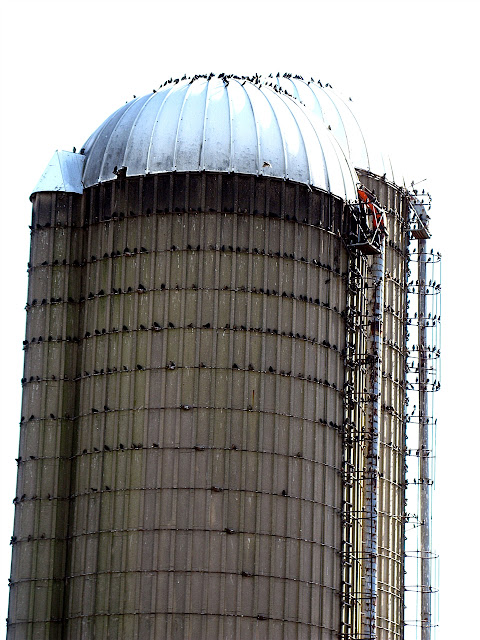 ACK!!!!
Can you remember from other posts that there are TWO silos in this picture?

Can you start doing the math in your head that if the north side of the front one had this many birds on it and you MULTIPLY that times FOUR........

When this gathering of birds actually took off, I swear there were about a THOUSAND birds doing that swoopy all-for-one-and-one-for-all flight formation.  That's when I decided to take my self inside and make sure all windows were closed, and thought, like another friend on Facebook hinted at,

Now what would Tippy do?
(Tippy Hedren, the actress who played the blond chick in the movie AND mother of Melanie Griffith) 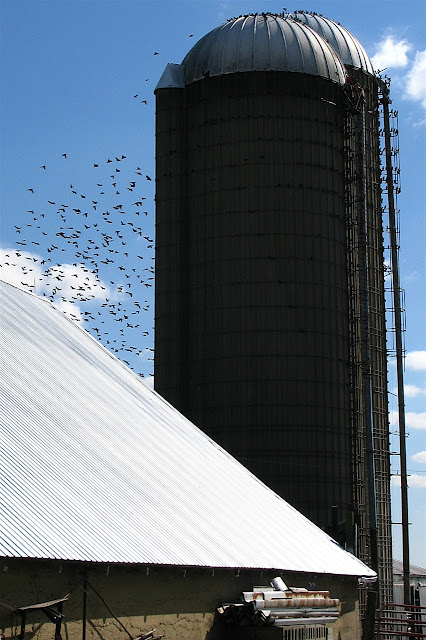 Happy October!
p.s.  My leg is feeling all back to normal now.
Whew... it's heck getting older!
p.s.s.  The Ford truck pictured yesterday is actually seven years YOUNGER than me.
I'm gonna have to check to see if Oil of O'lay makes a vehicle wax! ;-)