So far this year I have not been as diligent at posting as I was in 2010.  One might think that life on the farm would slow down after harvest, I was even silly enough to hope for that, but a little remodeling project has kept us hopping in between holidays, snow storms, and the regular goings on in a house with 6 & 8 year old girls.

Even though it's not done, I really want to show you our sun room.   It all started back on February 3, 2010 when we signed on to build an attached garage and sun room to our home.

I need to stop and tell/remind you that this house is house Tall Guy has lived in his entire life.  His folks and before them both set of his grandparents lived here.  According to the carving in our closet, plaster was poured up there in 1920, so we are working with an almost 100 year old home.  A mere youngster by comparison to some home.  But..........

One of the "fun" things about working on an older home is there is no such thing as a "standard-sized" anything, and that includes windows and doors and wiring and plumbing.  Here are a few before pics taken 2-3-10: 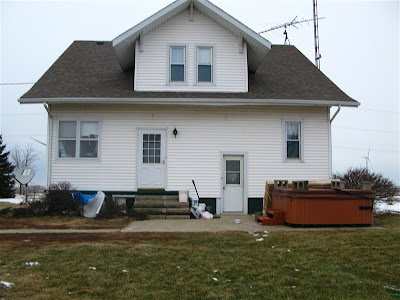 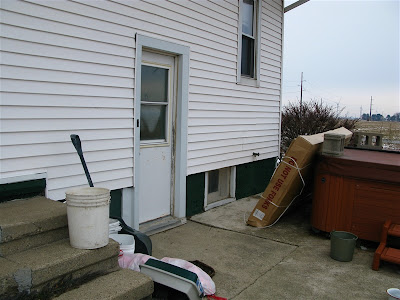 I helped pull the outer layer (lath is the right term I think!  I would ask Tall Guy, but he's asleep in his chair!  Shhhhhhhh!)  OH!  There is a story to tell in just a bit, but note that we moved our hot tub up on the new slab for the sun room before we actually built the room.  We thought we were being pretty darned smart because  the hot tub measured 7'10" and the patio door is supposed to be 8 foot.  Stay tuned for the rest of that story! 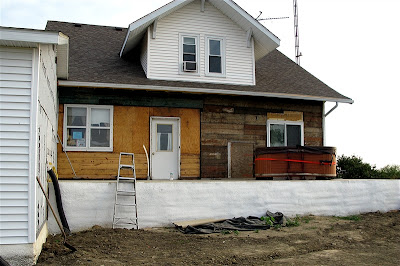 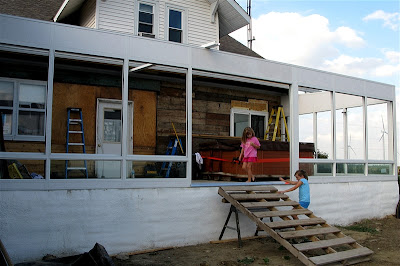 The room is finished on the outside, now to get the inside done! 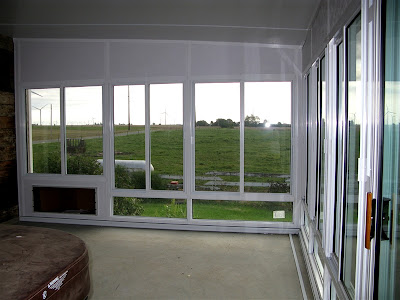 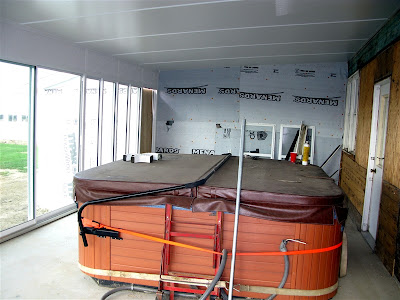 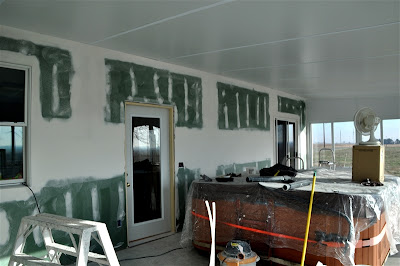 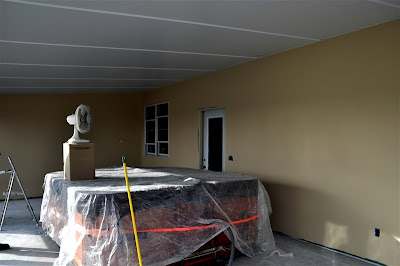 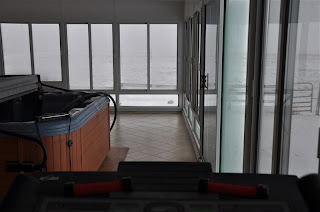 Now time for the tile!  We do have the treadmill out there, and the view is great! 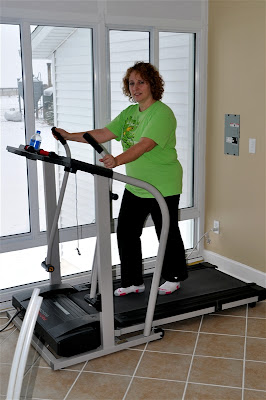 Here it is from the outside with the attached garage. 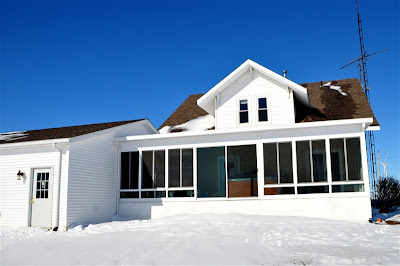 The rest of the story with the hot tub is that once we had it somewhat settled, we discovered it had a crack in it.. UGH!  If you look at that last picture, you can see the hot tub in the middle of the room.  It's final destination is in the left corner, but we started talking with the spa company and came up with a plan to trade in our old tub and replace it with a newer, and tad bit smaller one.  The big catch???? Once the patio doors were installed, we realized we do not have enough room to take out the hot tub without taking out one section of the wall!

I have good news, though.  Tall Guy talked with the head spa people who wanted our old one to refurbish, and told them of the crazy things we would have to do to our sun room to get that tub out (and the $$ to do it!), and the dear man said we could scrap it.  WOOOO!

Obviously, you don't have to tell my guy twice to do something.  He started in yesterday, and I will show you that mess with the finished room soon~!

Meanwhile, the girls are waiting patiently to lounge around in the sun room.  Tink enjoyed a relaxing moment with a surprisingly cooperative and affectionate Pumpkin, aka Fat Cat. 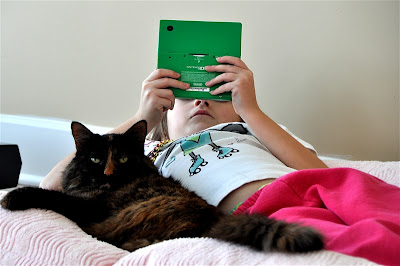 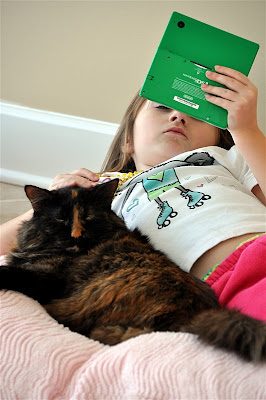 Then Little Bear got into one of her Martha Stewart moments, and started decorating everything in her very own unique way. 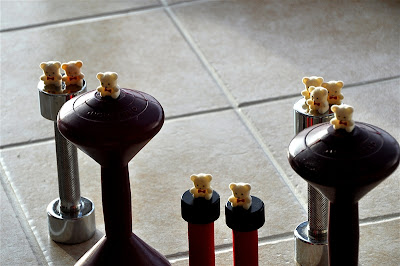 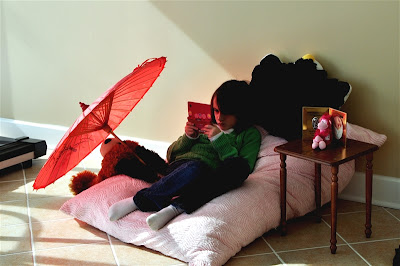 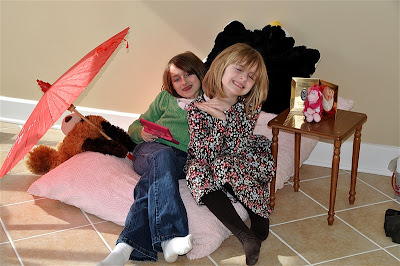 The use of a parasol was a nice touch, I thought.  When the sun comes in, it's very toasty out there!

I picked out and ordered furniture last week.  So while we will not be toasting our love in our new hot tub tonight, this labor of love is starting to have a shiny light at the end of it all.  Whew!

OH!  Do you know that once you start remodeling, there is a domino effect in the rest of the house?  Next up is the laundry room and a few other areas!
Posted by Lana's LIfe at 8:14 AM