What I Am Thankful For: Farming the Family Farm

If you have seen me this past week or checked in with me on Facebook, you could not have missed me gushing about running the combine on my family's farm.  It was the first time I had been able to get up there and actually work the ground that my Grandpa Bill worked his whole life to own.  The first day I had tears in my eyes like five or six times, and I swear I was not alone in the cab.  But of course, this has a back story, so let's go back. 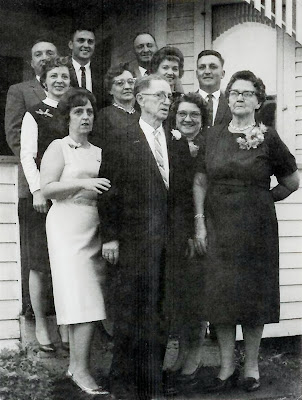 When Phyllis married Bill, everyone always came out to "The Farm."  That's where all the gatherings were, where everyone would hunt,  where we would pick cherries and plums and peaches and strawberries.  If you didn't have garden space, Phyllis did.  They had a lot of space but no children. 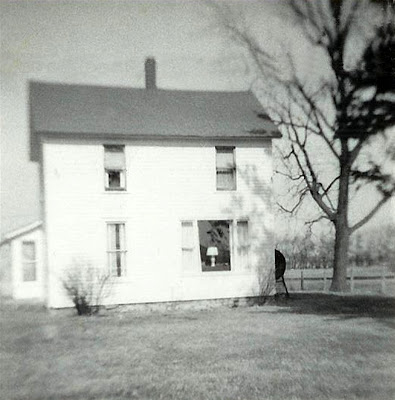 When Dad came along, my Grandma and Grandpa Lyons were still running Hazleden Country Club for Mr. George Ade . 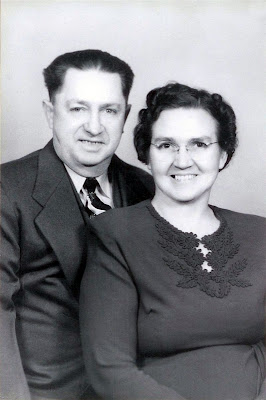 Yep, famous Indiana writer, playwright, and the Ade in Ross-Ade Stadium at Purdue.  Then they went on to run the hotel in Brook where Grandma was very well known for her cooking.  I still remember Grandma Phyllis telling the story that Grandpa Bill would say, "Go get him; let's take him home with us tonight."  Him was Dad, and what little boy wouldn't want to get out of a house and go explore a crick (creek as some call it), ride his very own horse, play with his dog, farm, hunt, trap, and well just be free? 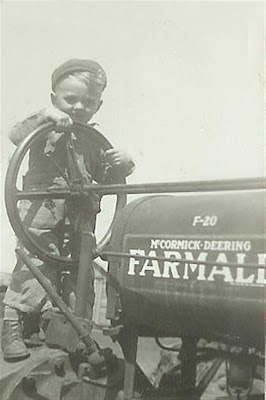 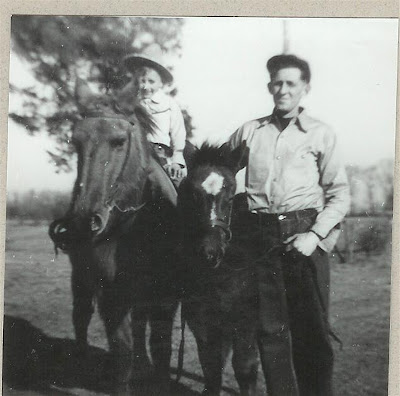 So Dad kind of had second parents, and when I came along, I had an extra set of grandparents who I absolutely adoered.  The Farm was MY special place to go, where my special people lived.  I didn't have a horse, but I had the crick, and the wide open spaces and all the love I ever wanted. 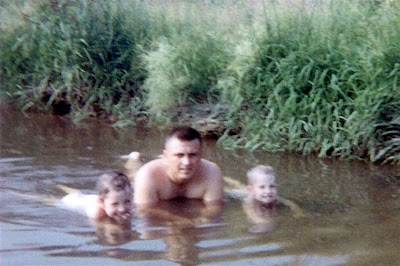 Same for my brother when he came long.  We did all the things kids did on the farm growing up in the 60's.  We played in the wagons, we climbed up huge rocks that mysterious shrunk as we grew. 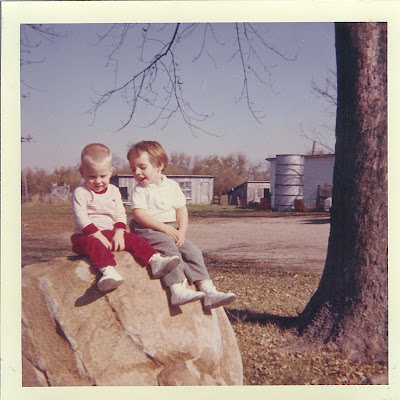 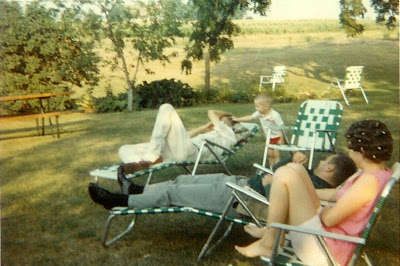 There was a mother cat who always had a new batch of kittens for us to play with, and some even made their way home with us.  I remember riding on the fender of an old tractor listening to the Cubs while Dad worked ground and Grandpa planted.  I remember walking down some very long bean rows to pull a cuckleburr that had the audacity to grow in Grandpa's field. 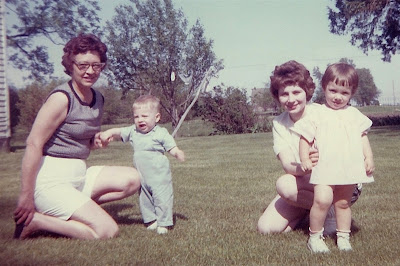 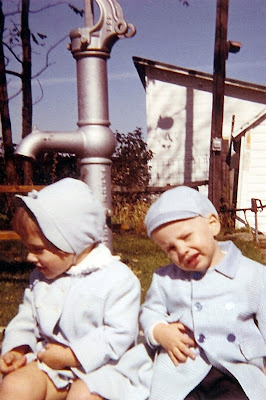 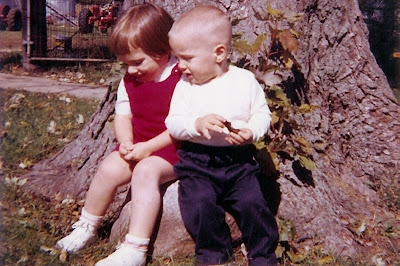 Time, unfortunately, has a way of moving, and with age, Phyllis and Bill moved off the farm and into town.  The house fell into some disrepair, then there was a fire.  Grandma decided to sell the land the house was on but kept the farm ground.  I swear if I ever get the chance and can talk Tall Guy into it, I will buy that part back.  It's just hard to see the well groomed yard and fruit trees gone; no one loves that space like they did.

On the great side, a few years back Dad asked Tall Guy if he wanted to farm The Farm.  It's a haul up there, about 20 miles, but its about 160 acres of great, flat ground, and TG said YES!  As a little girl, I always knew when we were close to Grandma and Grandpa's because I could see the big pine trees.  They are still there. 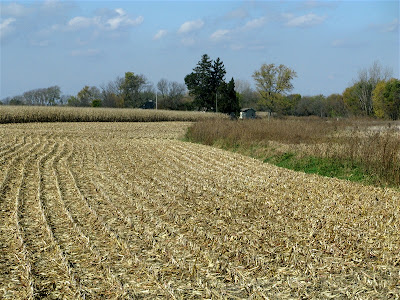 Me with my Brook shirt on.  I wanted to get into the spirit of it all.  The man on the shirt is Mr. George Ade himself. 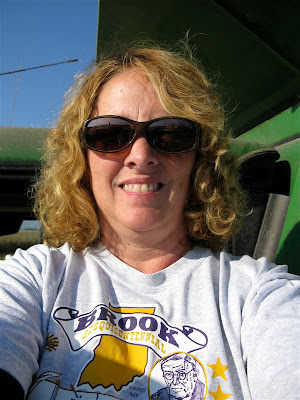 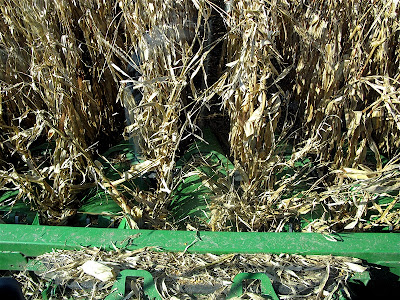 Guess who came out for a ride in the combine?  Yep, my daddy! 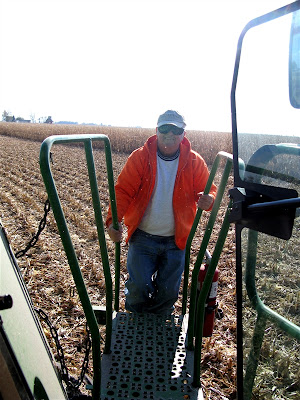 When Dad came out to ride with me the first day, he showed me where he shot his first pheasant.  There would be many more hunting trips on this ground.  He, my brother, and our cousin Chuck went out today on opening day and saw four pheasants and four deer. 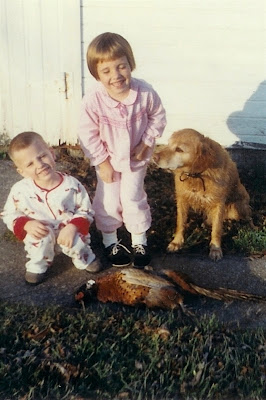 So this week I am thankful for all the hard work Grandpa Bill and Grandma Phyllis put into this farm to make it a working farm, a profitable farm, but more than all of that, the place where a piece of my heart will always call home.  I am also so indescribably happy that this ground will stay in my family, and I know there are two very happy angels smiling down on us about that.
Posted by Lana's LIfe at 9:10 PM