I think it was W. C. Fields who said it was "not a good idea" to work with children and/or animals, and he might have been right.  I was sensing a lot of attitude as I shot Tall Guy's pics for his Carhartt post, and for once it wasn't coming so much from him! 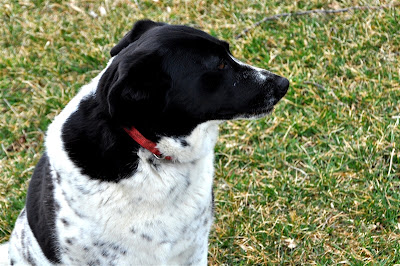 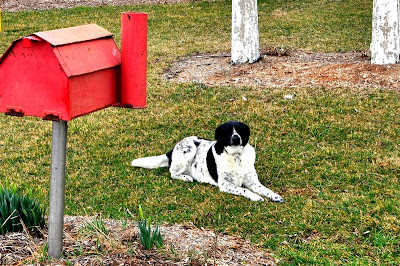 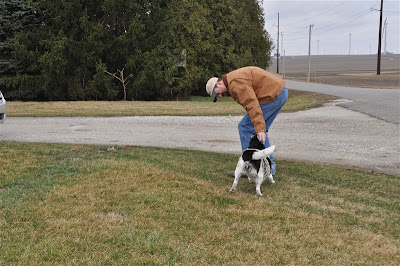 Uh Oh!  TG had better have his rear deflector shields up!  I speak from experience!  That's why I said Jerry is my boyfriend.  After changing his water and feed one morning, I determined we officially were going steady! 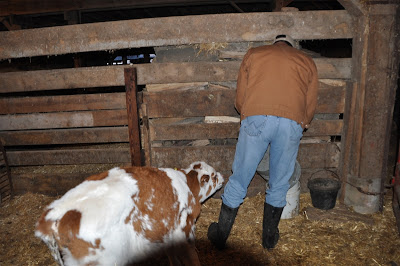 Sadie loves her some milk replacer! 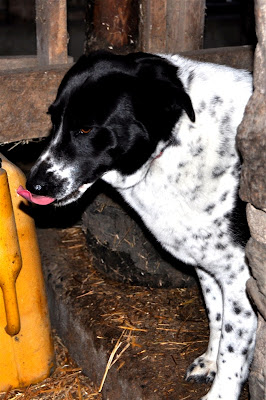 Remember the phrase "Suck Face" from On Golden Pond?

Yes, I am dating myself in a serious way, but get back to the question....

This has to be where it originated! 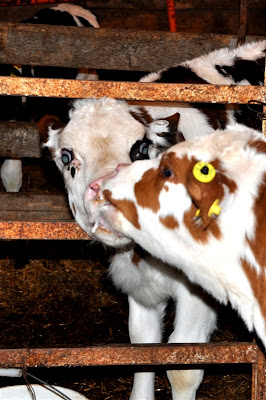 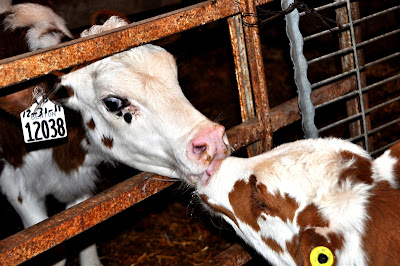 While we were out with the big ones, I had a sneaking suspicion I was not alone.  Cows have no respect for personal space and are curious beasts by nature.  This one was especially interested with the bottom of my boot! 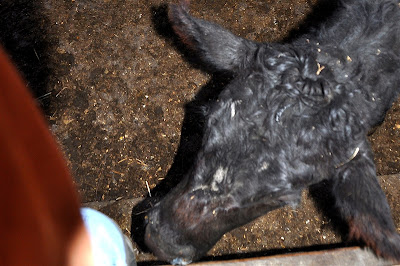 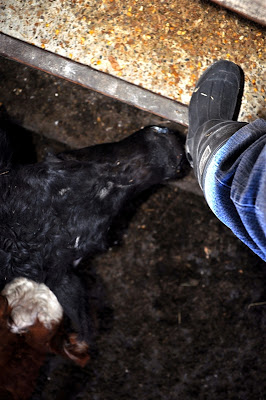 (It really is brown, but the sunrise cast a nice red to its coat)

Won't you PLEASE get out of my way?" 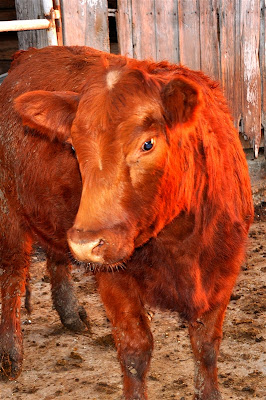 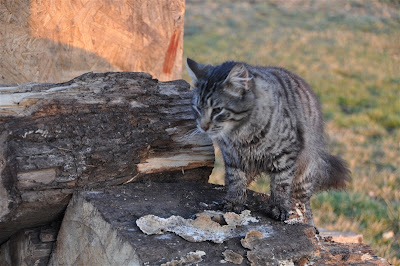 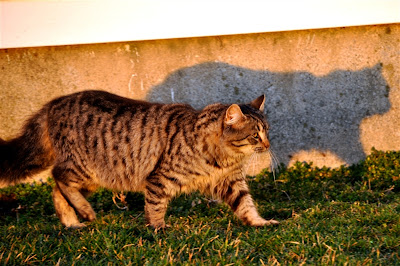 We get a bit loopy out on the farm waiting for planting season to roll around.  Good thing it's right around the corner.  Our official date is around April 5....the date when insurance will pay for crops damaged by an early freeze.  The official last frost date in these parts in April 12.  On behalf of my lilacs and apple tree about to open up and bloom, I hope we are past that date!

Have a great day!

P.S.  I'm carrying my animal theme over to my vacay pictures!  I FINALLY shot an AWESOME dolphin picture in the wild, and it was a TWO-FER!  I also got some great ones of a certain dolphin made famous in a movie that came out this "winter."  Winter is a hint!   Keep on coming back.  I will post in it in a day or two unless Tall Guy decides I need to learn how to work ground.  Last week I was bending over picking up shells; today I was scooping corn in a grain bin.  BAD TRADE!  ;-)  I'm sure the next task is picking up field rocks!  VACAY OVER!  but it was a great one!  Stay tuned!
Posted by Lana's LIfe at 1:30 AM