I LOVE SHRIMP!  I could go off like Forrest's friend Bubba and tell you all the different ways I like it, but let's just say I love shrimp!  What is even better now is that I can buy fresh, LIVE saltwater shrimp right in Benton County Indiana!  I'm going to tell you more about the actual process in my next post.  Let's get down to the eating part today for Hunk of Meat Monday!
First off I wanted to try pan frying them in butter and garlic. 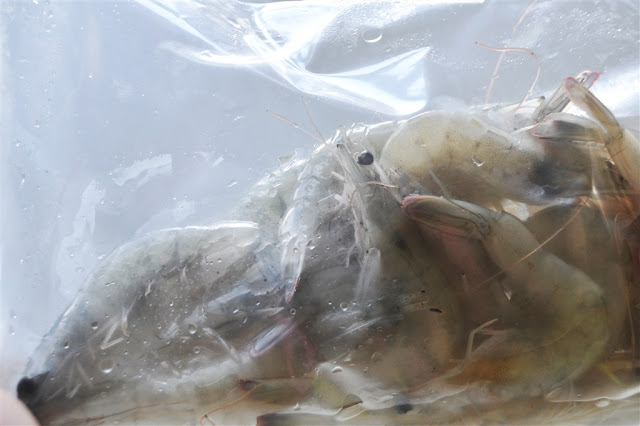 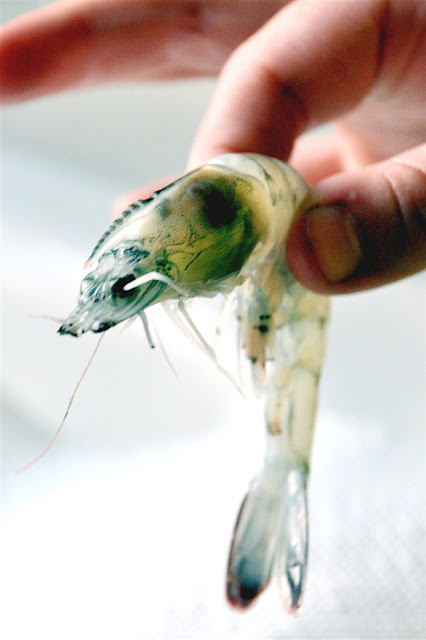 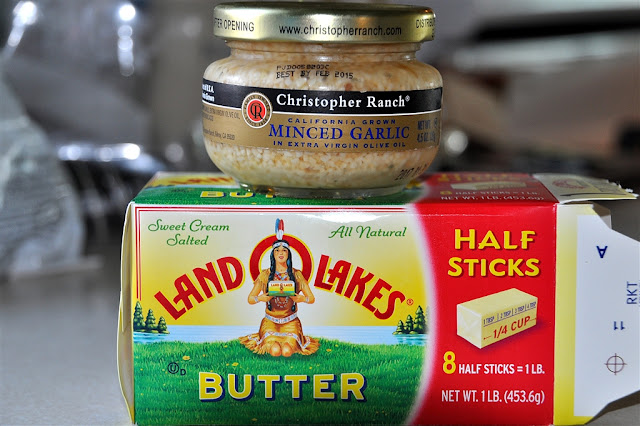 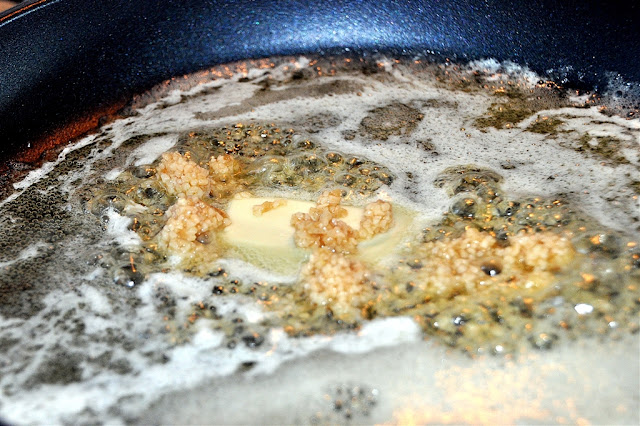 I selected eight and popped them in the pan. When they turn pink on one side, it's time to turn them over! 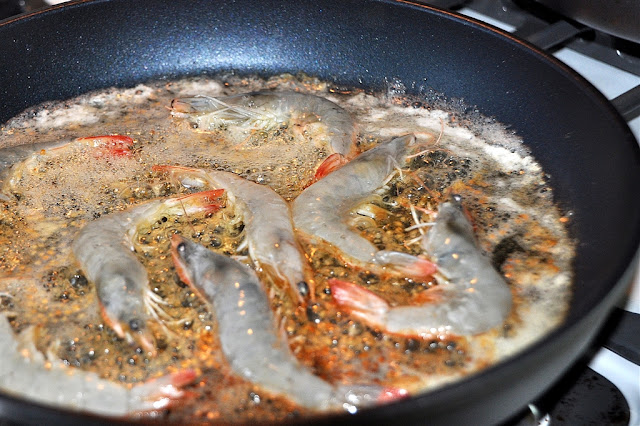 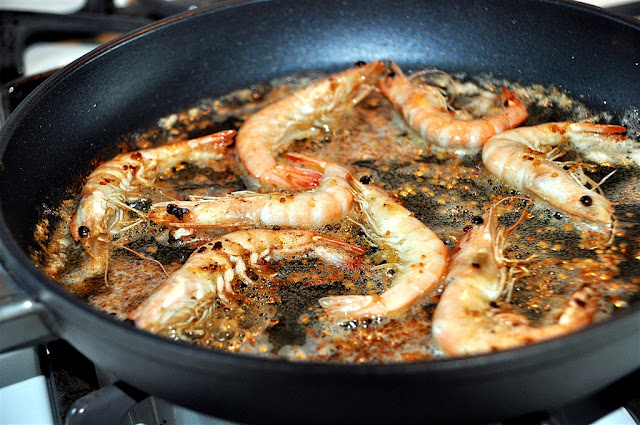 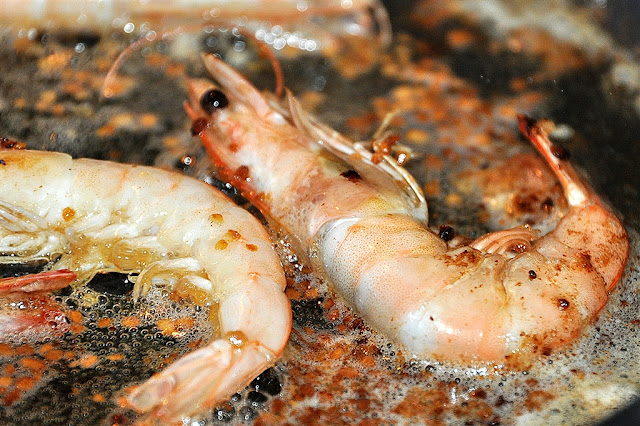 I was advised to cook them with their heads on because the meat would be sweeter.  Fine with me. The girls, still smarting a bit from eating tongue, were not as thrilled.

Just because I'm a nice mom I cut off the heads, feet, and shells before presenting them to the girls for a try.  Tink liked it, but Bear said she was waiting for the fried version. 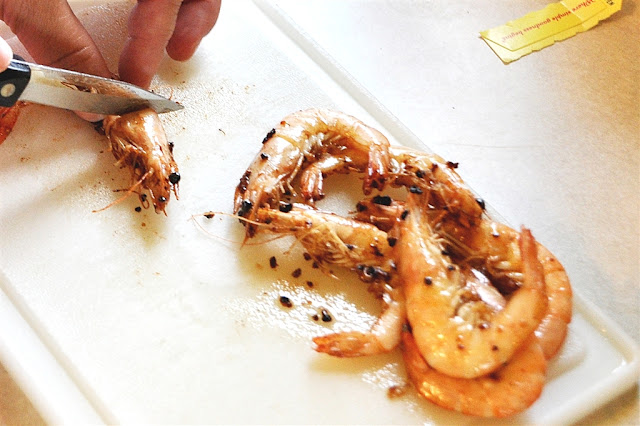 So while Tall Guy and I liked these shrimp all buttery and garlicy, the girls were begging for some good ol' fried  shrimp.  So.....Off with their heads and other parts! 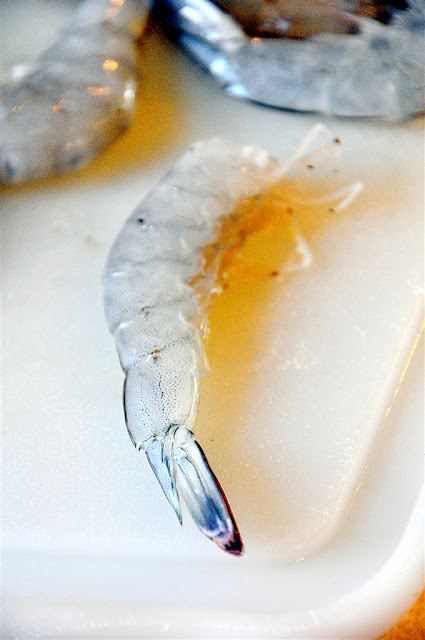 I'm kind of old fashioned here, so I go with what my momma used, and she used what my Grandma Lyons told her to use, which is Aunt Jemima pancake batter, and I sniped one of Tall Guy's beverages to make the beer batter shrimp.  This, by the way, also works well with mushrooms, onion rings, and anything else you like with batter on it.  Not too sure about Twinkies and cookie dough.....may get back to you later on that one! ;-)
There are no set portions; just add beer to some pancake flour, stir, see how thick it is, and keep adding beer until it's not too thick, which means kind of runny. 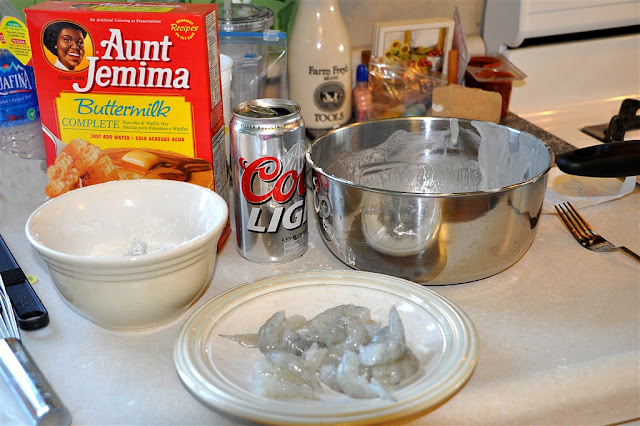 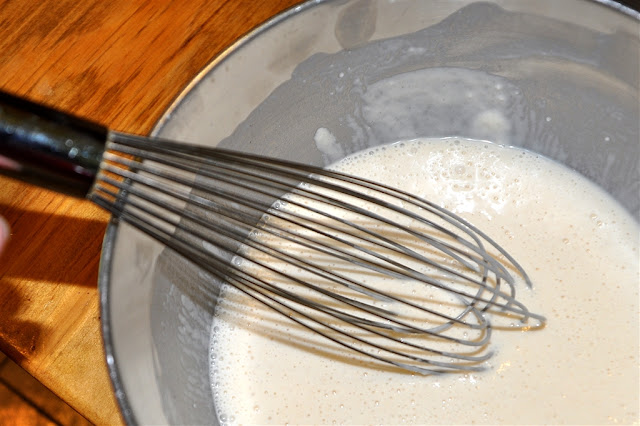 Back to the shrimp.....dust the naked shrimp with a bit of the pancake flour then dip in the bear batter, and put in the pan to fry.  I used Smart Balance oil.....I think! 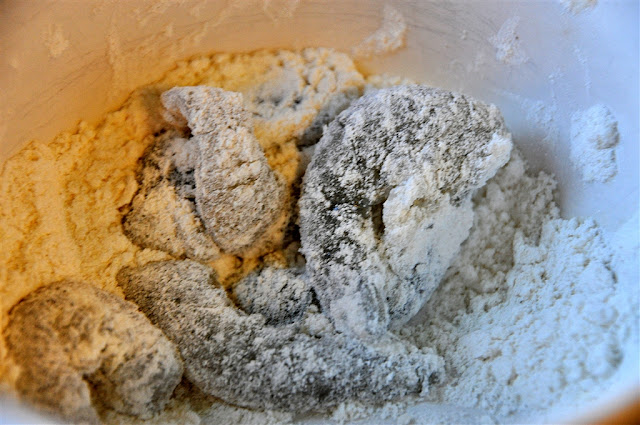 Oh!  By the way!  I put some green beans in the pan that had the butter and garlic and started them to frying!  YUM! 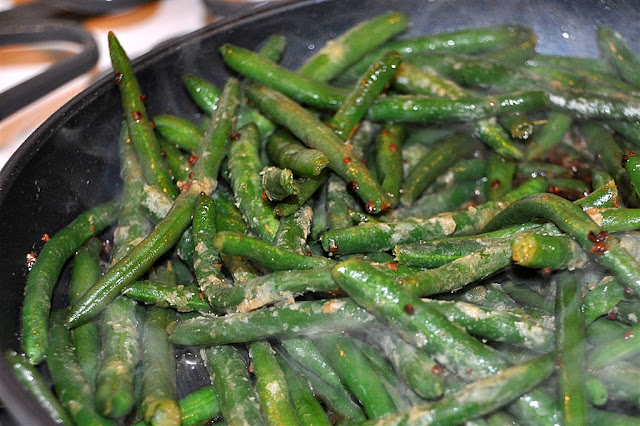 Yes, that is Tall Guy's hand with the tongs turning the beans.  Wooooo! 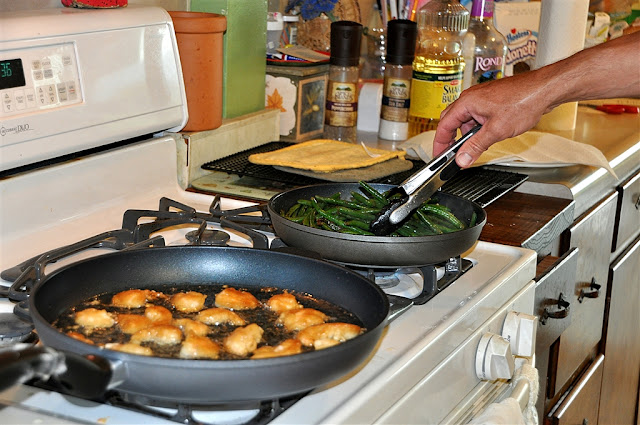 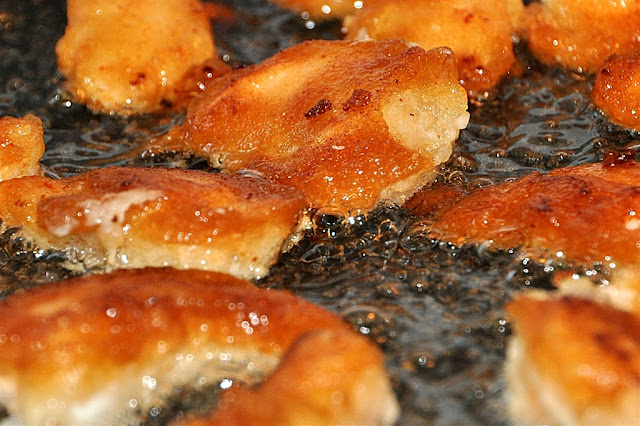 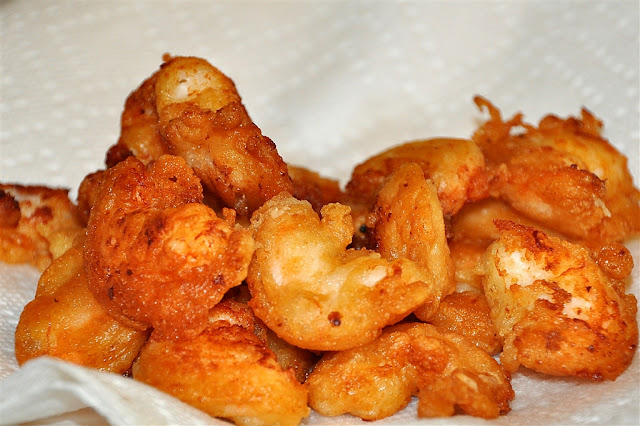 This last picture just about brought tears to the girls' eyes.  They were so excited!  Yes, the shrimp were delicious!  Yes it was a bit of work to clean them.  The owner, Karaleana, said she fries them with the shells and feet on because most of it cooks down, and the rest just add to the crunchiness.  I asked the girls about that, but they both are still holding the cow tongue episode over me, EVEN THOUGH THEY BOTH LIKED IT!