4-H Dairy Calves Take Two or FOUR as WE Decided to Do... 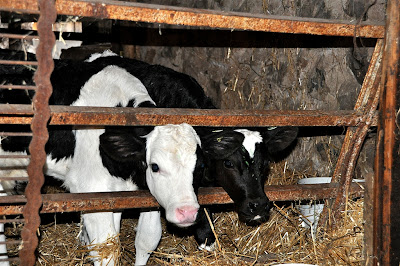 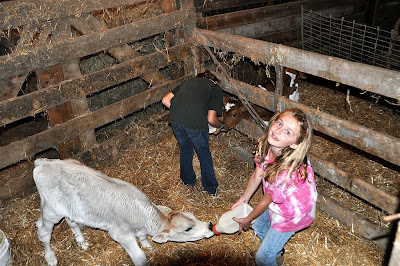 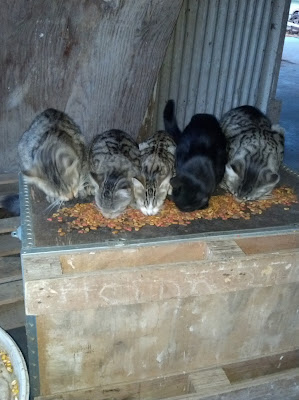 Well Tall Guy did it to me again!  I am now Head Herdsgirl of FOUR new calves, little boys, in the old milk barn.  Dang it!  Good thing they are cute!  I truly don't mind them, but the NUMBER is the big issue.  See, Tink will show Jerry, who is growing by leaps and bounds, as a full grown dairy steer next year, and Little Bear will just get to practice show, so my brilliant farmer thinks if we raise these FOUR boys right, Bear can show one for practice, and then Tink and Bear can show at least TWO of them for the next year. Plus Ladybug will be coming back, AND there is talk of adding a regular beef steer into the mix yet this year.  LORDY!  I'm gonna have to ask Santa for a BowFlex so I can strengthen up the ol' body to handle all these critters, especially the beef steer and the two older dairy cows.

The first step was to get the barn ready, and that was a total dumba$$ moment on my part.  Tall Guy's back has been bothering him, so I said the girls and I would get the pens ready Friday after school.  No problem.  We went up, and I threw down the first 3-4 bales to the tune of Tink saying, "Mom, I think those are alfalfa bales!"  Well it was kind of dark up there, and my allergies have been acting up, but to humor her, I took a whiff of the last one as I tossed it down, and it did smell like alfalfa!  CRAP!  For those of you out there who don't know, alfalfa is usually green, and straw bales are yellow.  I really don't have much of an excuse except for sheer tiredness.....

So I went over to the other side, and we kicked/shoved/tossed/pushed down about 8 bales of "straw" and commenced to spreading it all over the area for the calves' bedding.

Again Tink was saying, "Mom, are you sure this is straw?  It has some green stuff in it."

"Yes!  It's straw!  Sometimes weeds grow in the wheat!  Spread this darned stuff so we can get you to  soccer practice on time!"

And they actually did a mighty fine job.  At soccer practice, I get a call from Tall Guy telling me, "When you get home, we need to talk."

I HATE those kind of calls because it sets off my paranoia like crazy, and I stew and fuss over all the things I might have done that we need to "talk" about when I get home.

SO I get home, and come to find out, Tink's batting average on correctly identifying "stuff" up in the hay loft is spot-on.  We have a perfect bed of GRASS HAY!  DOUBLE CRAP!!!!!

So guess who said she would "fork" it all out so TG could feed it to the big ones, yep, the chick who is obviously a Cubs fan with the same or worse winning percentage in correct answers for the day. Here it is all "forked" out/up whatever...... 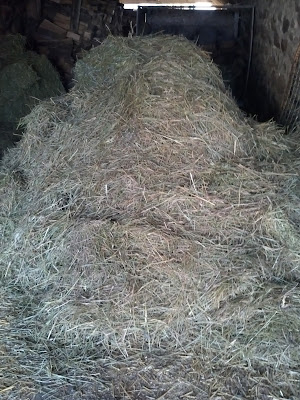 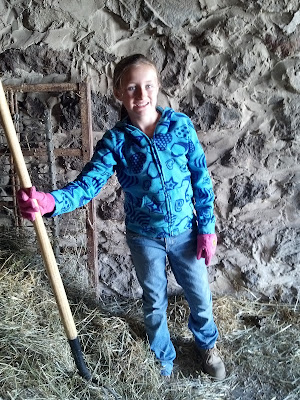 Tink helped pile it into the bucket loader the next morning, and then off we (as in Mom and Tink) went in the big old truck and trailer to go pick up the calves. 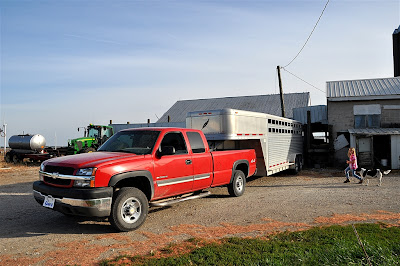 (*editor's note:  This is the first time I had EVER driven the truck hooked up to the cattle trailer! I have since driven it about 4 times in three days.  Be careful what you learn to do ladies!  It can come back to bite you in the butt!)

We went out to our favorite family dairy, The Benton Dairy, ran by the Achen family, and Cindy had our four boys all picked out for us.  She asked me if they looked ok, and I totally deferred to the expert, being her, on the choices.  Up they went, and off we drove, and out they went into the barn, fairly cooperatively.

They are kind of cute aren't they?  Let me formally introduce you to the boys:

First there is Snowball, our Brown Swiss steer. 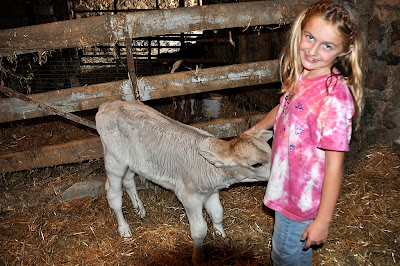 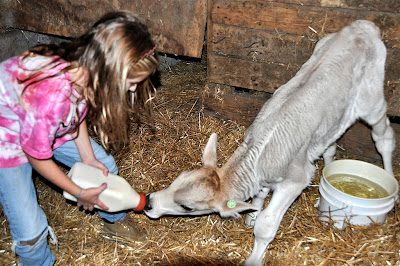 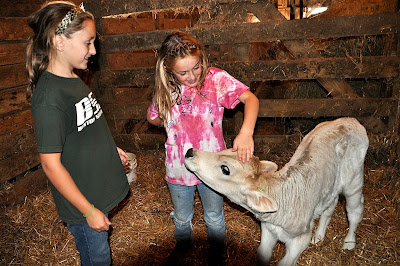 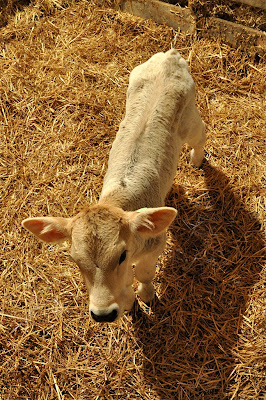 And then there is Junior, our Milking Shorthorn Steer (is that an oxymoron???) 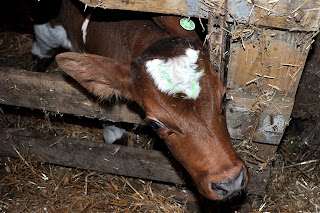 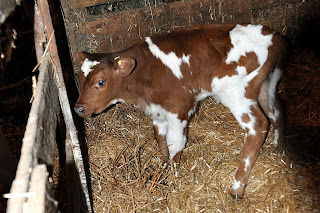 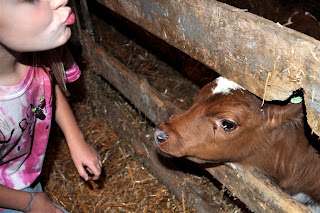 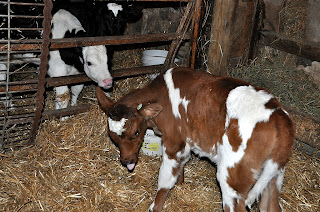 And then we have our two Holsteins.  Yep gotta have at least one of them on this farm since it used to hold about 200 of them once upon a time..... Ying/Yang (not tobe confused with ying-yang!  NOTE his face!) and Banana Split (I do not know why?). Banana's face is completely black with a little white part in the top middle. 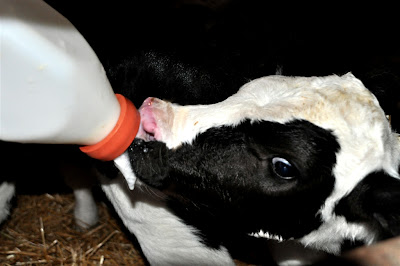 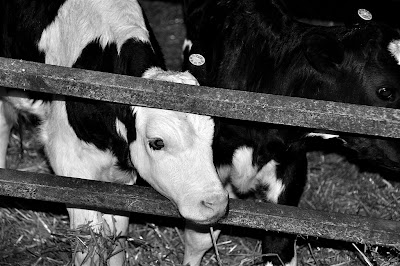 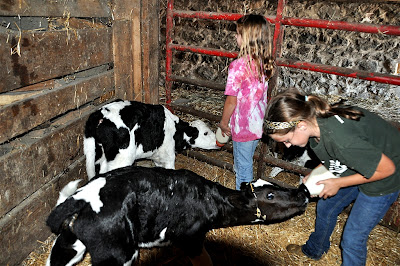 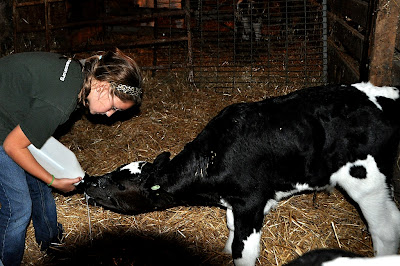