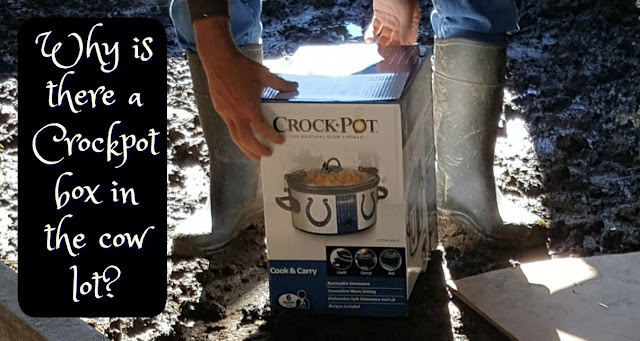 Want to play "Let's Make a Deal!"?  Would you trade in what is behind Curtain #2 for what is under this lovely Indianapolis Colts Crock Pot box?  Is it a crock pot? No, remember I used my Colts Crock Pot to make this great dip!

I'm not sure if you could consider what is inside the box as a ZONK!, but this box is part of a rescue mission that went on out in our cow lot this morning.  Now don't go worrying.  All humans on the farm and four-legged critters are just fine, but Tall Guy came upon one two-legged visitor hanging out in the feed lot.  And just what is under this box? 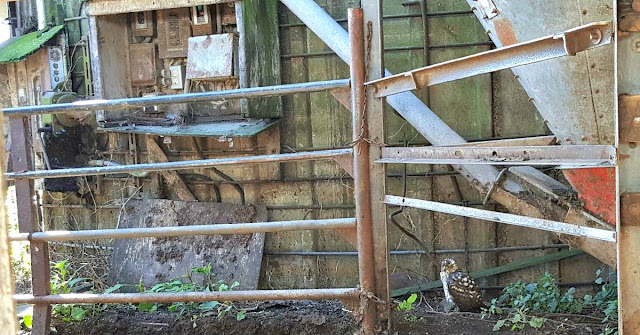 It's a hawk!  TG thinks it might be a sparrow hawk, but we won't know for a few days.  This guy (Girl?) was on the ground, a bit covered in poo, and not flapping its wings.  When TG came in from chores, he told me what he found and made a few calls to see what to do with it.  Now when you city folk call Animal Rescue, I am thinking that you don't have to capture and deliver the animal needing to be rescued, and drive it 45 miles one way for it to be safely with those who can help it.  That's what Tall Guy did, with a bit of help from three young animal rescuers. 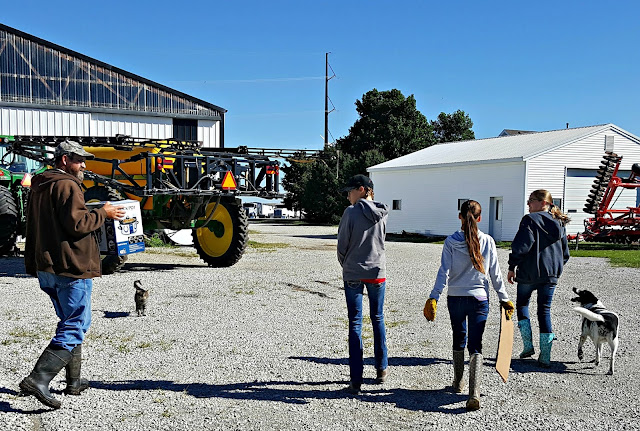 Once these guys made it over to Wildcat Wildlife Center, they were met by a worker who gave them a number to call in a few days to check on our feathered friend.

All this excitement reminded me of a story we used to pass around my family.....

Once there was a little bird who decided to stay in the North for the winter.
However, it soon turned so cold that he reluctantly started to fly south.
Ice began to form on his wings.
Almost frozen, he fell to Earth in a pasture.
A cow wandered by and crapped on the little bird.
Our feathered friend thought it was The End, but the manure was warm and defrosted his wings!
Warm, happy, and able to breathe, he started to sing.
Just then a cat came by and, hearing the chirping, investigated.
The cat cleared away the manure, found the singing bird, and promptly ate him.

Anyone who craps on you is not necessarily your enemy.

If you are warm and happy in a pile of poo, keep your mouth closed!

Yep Peeps, My family has a great sense of humor!

It's been a couple weeks now....Yeah, blog posts don't always get finished when I want them to during harvest......  This hawk is a Cooper Hawk, but TG likes to call it a Sparrow Ahwk, and after about two and a half weeks at the shelter one of the workers there brought it back out here to be released.  I was in the combine, but Tall Guy was here to help set it free.  He tried to take a video of the event, but that Cooper Hawk was pretty darned anxious to be free.  All's well that ends well, and that my dear Peeps was a quote from Uncle Willy.  You might know him better as Sir William Shakespeare! 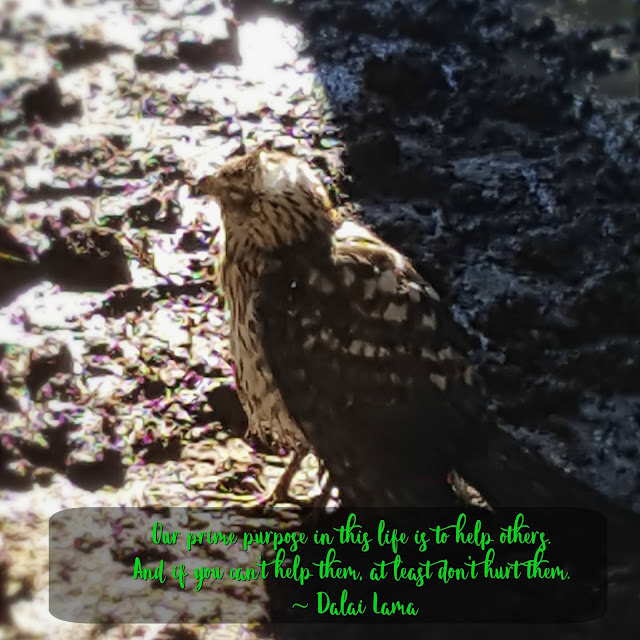 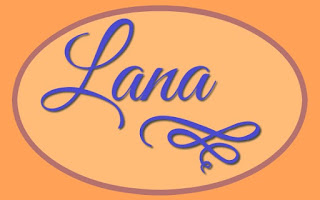